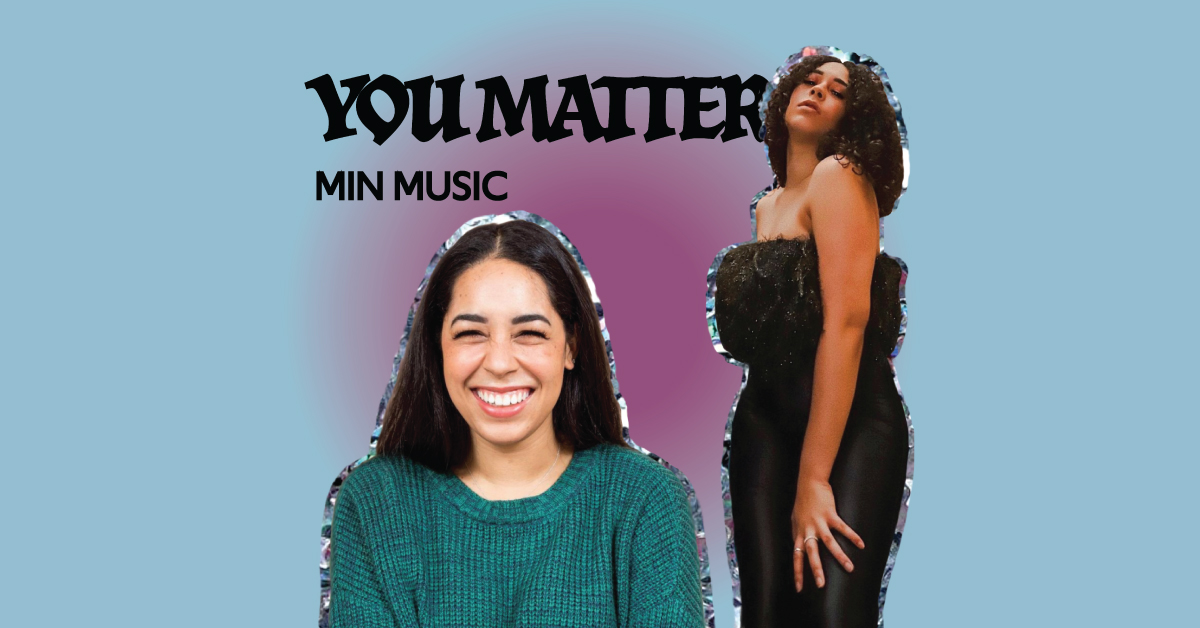 Singing Outspoken: An Interview with Jasmin Ramlal, aka MIN Music

By Madeline FinkJanuary 12, 2021No Comments

Singing Outspoken: An Interview with Jasmin Ramlal, aka MIN Music

This past year, I found out what it feels like to be both a friend and a fan of someone. Jasmin Ramlal (aka MIN Music) and I sang in choir together during high school, and I’ve enjoyed listening to her voice ever since. Her music is enjoyable and inspiring, and she is Outspoken in her art and her life. Check out Jasmin’s experience as a budding singer-songwriter, as well as her advice for others looking to get in the music game! (Interview conducted on January 2nd, 2021)

Could you please tell our readers a little bit about yourself and what you do?

So, my name is Jasmin, but you can call me MIN. That’s my little catchphrase! I am a singer-songwriter, part-time right now. It’s what I do with my free time, that’s my passionate hobby, and I’ve been working on bringing different types of art to life. I’m 27 years old, and I’m based in Texas. I’m from North Texas, and I’m trying to bring a little bit of soul, pop, and rock influence into my art.

How would you describe your genre or music style?

It’s definitely kind of all over the place, right now. I’ve just been having fun with the creative process. I’ve been using this time as an experimental process. And so I think overall my sound has leaned more towards pop for sure; I like a catchy hook, but with a little bit of soul/R&B influence. And then of course I love my Demi Lovato, Paramore, head-banging, jump-around pop-alt-rock, so that is always sprinkled in there.

How did you get started making music?

I’ve always been into journaling and writing poetry. When things hit me a certain way and make me feel something, I’m like, “Ah I need to write that down,” or “I like what they said about this,” or “That’s an interesting point of view,” so I would start writing them in my notes. And I’m a really big punny person, so I like coming up with rhymes and really catchy ways to say things that have a double or triple meaning. I would take those little sentences I wrote in my phone and turn them into longer poems. Recently I began dating Jake, and he is a producer-engineer-bass player, so he is just all-around musically creative. I think his brain plus my brain, equals this fun project that we can do together, and he’s helped me put what’s in my head out on audio. He knows that side of it, and he’s allowed me to be more creative and venture into adding melodies to my music. I’ve always been into music. I have a background in piano and vocal performance, and so it’s fun to just tie all the things that I’m interested in together, to make one completed art project.

MIN music is your brand, right? So does that just include you or does it include Jake and other people making music with you?

So overall, I’m the face of MIN, and MIN is the last half of my first name. So yes, I’m the face of the brand, but Jake is very much my partner in it. It’s kind of like Karmin — there’s both Amy and Nick that formed that group. So, I would say it’s kind of like that, where you think of MIN and I’ll be the person that you recognize, but Jake’s definitely a part of the process from start to finish.

You released several of your own songs in 2020, which was really exciting. What was that process like from the beginning to the release?

I have been sitting on these songs for a little bit of time, and I just have vocal notes in my phone of some ideas I had, and Jake and I sat down and flushed them out and recorded little demos. So it would just be a keyboard and me singing into a microphone, and then adding a drumbeat behind it. I sat on that for a while, listening through it, and decided I wanted to add this in or let’s take the song this direction, and we really started recording the first single in October of 2019. Because I use live instruments, it takes a little bit longer, but I just really like the sound of live musicians coming together. Just like with choir, when you have joint effort and it’s not just a computer, it’s magical. So, it takes a couple months for me to record a song and get it out from start to finish. But 2020 was a great year to have plenty of time to do that. The first song was recorded in 2019 and released at the start of 2020, but every other song that I have released was recorded and mixed, mastered, produced during this pandemic. So it’s been crazy, the response that I’ve received, because this is not even my best work yet, I feel. Because we were limited. I don’t want to sound too vain, but I’m so excited for next week!

Out of the songs you released in 2020, is there one that is most special to you? Or are they all special for different reasons?

They’re all special for different reasons, but that’s kind of a lame answer! The song that I will listen to and share with people who haven’t heard my music the most is “Long Drive,” and that one is a love song, and it’s kind of like a jazzy, bluesy genre. The way that song came about is probably my proudest accomplishment, because it felt so easy from start to finish. Coming up with the chords and coming up with the lyrics and getting the band together and listening to everyone’s ideas, it was just like a really fun process from the start of it until it came out. And the response I’ve gotten on that one is the most praise I’ve received from friends and family. And people who don’t even know me have reached out and said that they enjoy that song. It’s really cool to see something that was really fun and exciting for me to make.

Do you have any advice for people who might be wanting to get into music or singer-songwriting like you?

I would say, practice, and don’t be afraid to work on your craft at the spur of the moment. Sometimes you get an opportunity and you shouldn’t ever pass it up. You should trust that what you have to share and what you have inside of your head is worth other people listening to, looking at, reading, dancing along to. I would say practice to make sure you’re always at the top of your game, because you can only get better the more that you do it. But also, and Jake and I talked about this yesterday, not being afraid to share what you’ve been working on. I think a lot of people sit on their talents, and this year especially, we’ve learned to appreciate the things that make us happy, like the small things in life. And we just watched the Pixar movie, Soul. It was the perfect wrap-up to the end of the year. Even if it’s not your career goal, if you find joy in it and you want to share that with other people, don’t be afraid to do that, because there’s always going to be someone that appreciates it and connects to it.

This upcoming week I will be recording a full-length album. I’ve been writing these songs and working on them — blood, sweat, and tears — and it’s time to get them out. I took the week off work and I’ll be in the studio with the band members, and we’ll just be working on it, so I’m so excited for that. I’ve been working on visuals for a couple of the songs that I have pretty much finished, and so this year will be a lot of just sharing what I have been working so tirelessly at for the past two years. And I’m not really expecting any type of monetary gain from it or status update, but I’m just really proud of what I’ve done. And I’m excited to share that with other people and put a little art, a little beauty in the world.

The theme of our site is ‘Outspoken’ — speaking boldly, speaking freely, and sharing the things you care about. Is there something you’re Outspoken about either in your music, in your life in general, or both?

My song “You Matter” is one of the things that I’m very passionate about. It’s activism in general, but definitely just making sure people are respecting each other, loving each other, and accepting each other. It hurts me to see people taking sides or dividing nations. So, I wrote that song kind of during the start of the year, and it was inspired by the death of George Floyd, and it just got me thinking about my friends and family and the fact that you never know when your last day is going to be. And it makes me more nervous to know that someone’s last day could be because of hatred. So I wrote that song, and I ended up having my friend Sequoyah write on it as well because I wanted multiple perspectives, because I know I’m not the ultimate viewpoint. I wanted to share how this country is affecting younger people in a way that I know how, and the best way I can express my emotions is through music, so “You Matter” came about. I’m just really passionate about the Black Lives Matter movement, and honestly, it’s all about respect. Respect, love, and appreciation are the messages I would choose to stand behind. And I think that does spill over into my personal life as well. I’ve had to learn that it’s not just about respecting others, it’s about respecting yourself and setting up boundaries. That’s one thing that I have been trying to get myself to do more, since 2019 but definitely in 2020, that was the time to do it; to speak up for myself, whether it came to relationships or jobs, anything like that. I think it’s very important to also show yourself that same love, respect, and appreciation. 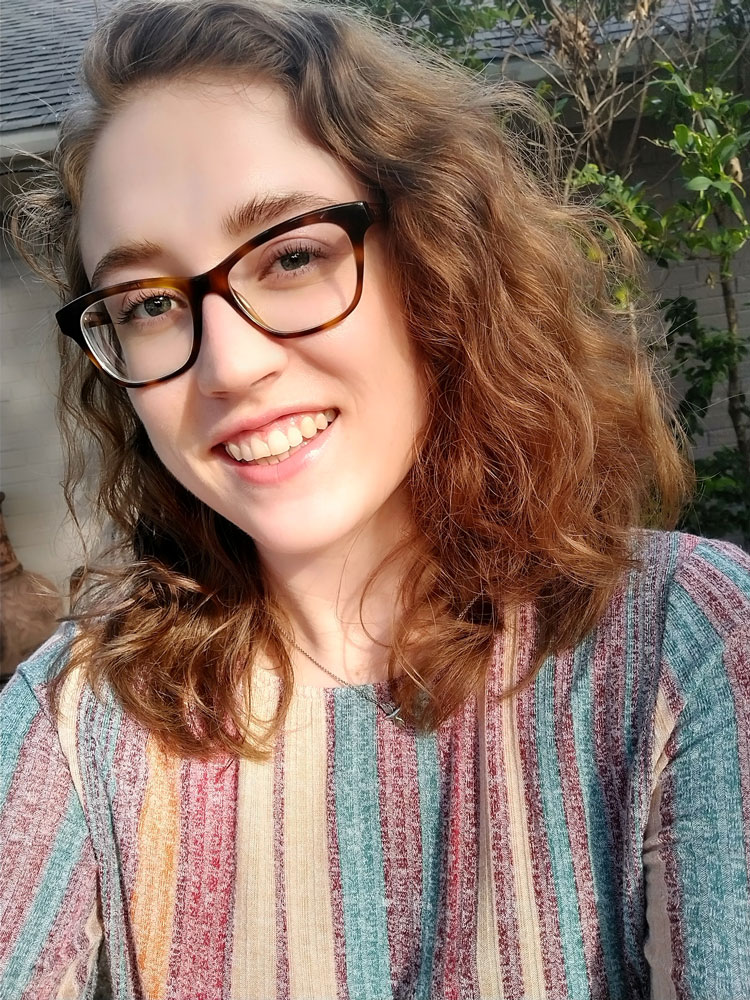