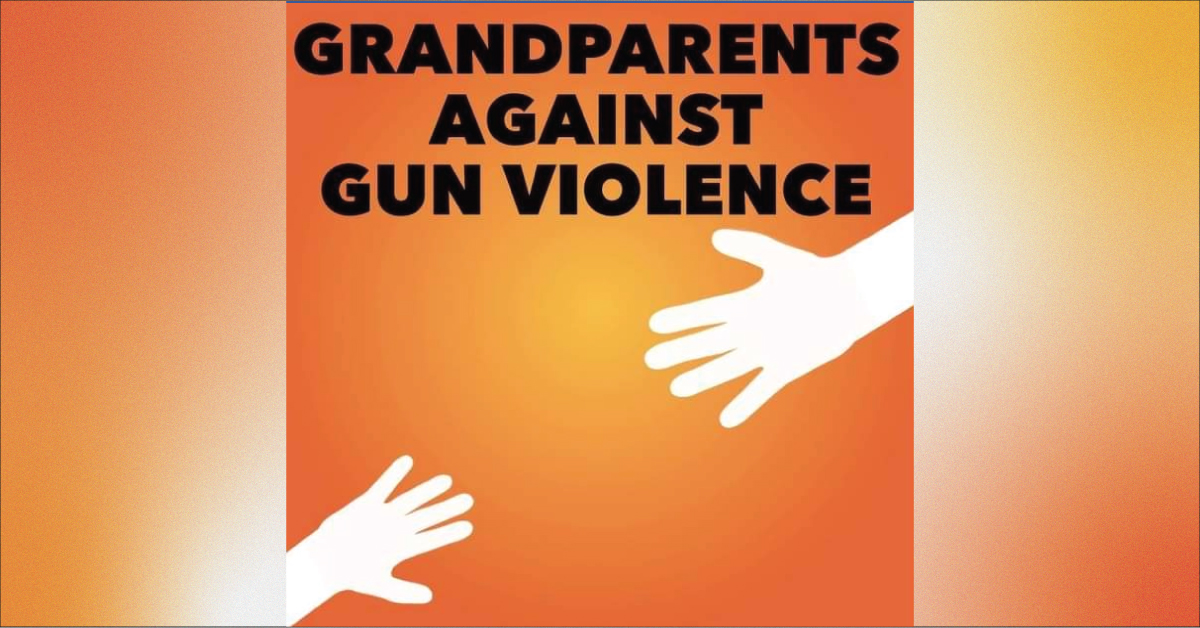 Going Beyond Thoughts and Prayers: An Interview with Judy Sherry

By Winnie Brandfield-HarveyNovember 30, 2020No Comments

Going Beyond Thoughts and Prayers: An Interview with Judy Sherry

Every year, close to 40,000 people die from gun violence in the U.S., and mass shootings alone have become embedded within American culture. We are known for it as a nation. However, the government’s response almost always contains the trivial phrase “thoughts and prayers.” But for Judy Sherry, the solution goes beyond thoughts and prayers.

Sherry is the founding member and current president of the Missouri Kansas chapter of Grandparents Against Gun Violence, formerly named Grandmothers Against Gun Violence (GAGV). GAGV was created in 2012 as a response to the Sandy Hook mass shooting in Newtown, Connecticut, which is notorious for the deaths of 20 schoolchildren along with six adult staff members.

“Give your thoughts to those poor souls who lost their loved ones,” she says, “but don’t figure that’s all you have to do.” After Sandy Hook happened, grieving families came to Congress with demands for change and nothing happened. So, how do you go beyond thoughts and prayers? What else must be done?

Initially, GAGV was focused on legislation, from both federal and state standpoints. According to the GAGV website, gun regulation on a national level ideally means requiring background checks on gun sales, ending loopholes in current laws, banning civilian use of military assault weapons, limiting ammunition storage, and restoring research funding to Centers for Disease Control and Prevention (CDC). For almost 20 years, the CDC avoided all gun research due to legislative suppression by the NRA, and only in 2018 did Congress allow for such research again.

“You need something for your volunteers to do but also to succeed at,” says Sherry. Volunteers started writing to legislators, from local representatives to senators. The goal is to make these politicians’ lives uncomfortable to the point where people’s voices become impossible to ignore. This often means putting down the pen and showing up at town halls, asking questions publicly, or perhaps joining the ranks of the 21st century lobby: Twitter.

It’s important to follow regulation in every facet of our lives, not only in politics, and take opportunities at social gatherings to speak to friends, families, neighbors about their safety methods. Community is everything. GAGV has seen the most success in its Lock It For Love (LIFL) program which began in July 2017 as an education initiative to prevent the injuries and deaths that arise when children, teens, or older adults, especially with dementia, access unlocked loaded guns. As part of the program, trained GAGV volunteers attend community events where they offer free gun locks to parents, grandparents, or other adults who have children living in their homes. The volunteers are also accompanied by a police officer who demonstrates how to properly use the locks. “At hospitals and police stations, you will get crappy gun locks supplied by the arm of the NRA,” Sherry claims. “The NRA does this to make it look like they care.”

Along with the quality of the locks themselves, the most impactful difference in the GAGV approach is that they do not wait to be asked. They are proactive: they go out into the community and give people what they need before they are forced to realize they need it. Since its inception, LIFL has participated in around 120 community events and has distributed over 3000 gun-locks in the Kansas City area.

Although taking action is a necessary step, education is at the forefront of GAGV’s mission. With gun control being such an emotionally-charged issue, and for good reason, the facts can often become malleable, especially within the molding of certain political agendas…

“Be an educated voter,” Sherry tells people all the time. If you meet or have coffee with a potential candidate, let the first question be “Where do you stand on gun violence? On universal backgrounds checks?” Politicians have to know people care and people are paying attention. GAGV hosts monthly membership meetings and community forums where they discuss issues within the sphere of guns such as mental health, costs of lives, and the breakdown of the second amendment. These meetings once started with an attendance of only about 70 to 80 people and have now grown to over 300 and are continuing to increase.

To Sherry, every year gets “bigger and better.” In some part, that is due to the momentum that young people bring in—just look at the Parkland survivors and March for Our Lives. However, Sherry believes that young people have to be willing to band together with older generations. Older people have lived through things and retain a certain wisdom that we don’t necessarily have yet.

“Young people’s problem is that they think they know everything,” Sherry says. And young people can tend to get angry at older people because they think they left a mess for them to fix. While there is truth in that, both sides need to come from a place of respect. Activism is a team sport. Sherry analogizes great ideas to an elderly woman walking across the road: young people can offer help with our skills, our energy, our ability to push things along. And nonetheless, Judy also makes it clear that she and GAGV members defy the “laced up shoes, little bun in the back of her head” stereotype associated with the typical appearance of grandparents. “That is not who we are,” she says. “We are an active, interesting, interested group of people.”

It all comes down to teamwork. The so-called big shot or ring leader can’t get anything done without other people. The stronger message isn’t just the loudest one; it also incorporates and encourages different voices. There is a place for everybody within these spaces. “When you think about activism, you think about the person standing at the railing with the megaphone,” Sherry says. But there are many ways to be an activist. It is important to have people from all walks of life because at the end of the day, when hats are hung and posters are down and mics are turned off, Judy’s unrelenting message is that we need each other. We need each other to turn marches into movements.

“At first you’re numb,” Judy confesses about the aftermath of acts of gun violence. “It is this tragedy.” But then, even if the rest of the world forgets and goes back to work the next day, we must remember. We must band together. Contrary to what the media might relay, we don’t have to wait on a superhero or a badge or someone sitting at a big desk in an oval office. We still all have the potential to save a life.