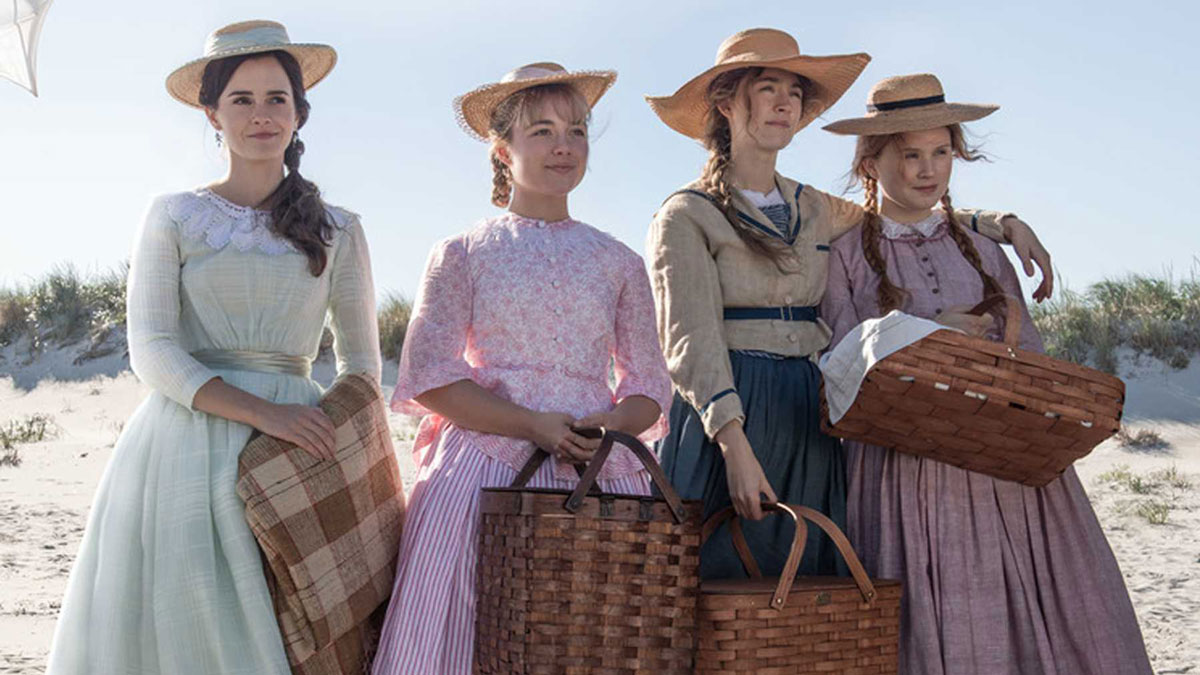 By Sabrina SeraniNovember 29, 2020No Comments

We swooned over Timothée Chalamet, developed an even bigger crush on Saoirse Ronan, and wished Laura Dern was our mom after watching the 2019 adaptation of Louisa May Alcott’s Little Women. And the portrayal of strong women and girls gives us no hesitation that this story was written by a woman who, while the word “feminist” was not in the popular lexicon, aligned with the movement’s ethos. In honor of her birthday, let’s take a look at Louisa May Alcott’s history and how it influenced some of her most famous works.

Alcott was born on November 29, 1832, in Germantown, Pennsylvania, to transcendentalist and educator parents. The family moved to Massachusetts when Alcott was two and her father engaged with transcendentalist writers and thinkers like Henry David Thoreau and Ralph Waldo Emerson. (Because the family was too poor to send Alcott to school, she received some of her early lessons from Thoreau himself as well as Nathaniel Hawthorne, author of The Scarlet Letter. Talk about good tutors!) A core belief of transcendentalism is the innate goodness of people and nature and this belief seemed to pervade Alcott’s upbringing. As believers in the abolition of slavery in pre-Civil War America, her father Bronson Alcott founded an abolition society and Alcott’s family home was a station on the Underground Railroad.

Alcott’s mother Abby was an early suffragist and one of the first paid social workers in the state of Massachusetts, and Alcott shared her mother’s beliefs. As she wrote in An Old-Fashioned Girl, “Women have been called queens for a long time, but the kingdom given to them isn’t worth ruling.” We know she read and admired the Declaration of Sentiments that was published by the Seneca Falls Convention in 1848 that advocated for women’s right to vote. In 1879, when Massachusetts women were allowed to vote in town elections on issues involving children and education, Alcott became the first woman registered to vote in the town of Concord.

Throughout her life, Alcott continued to be a supporter of the suffrage movement. In a speech to the American Woman Suffrage Association in October 1885, Alcott said, “If I can do no more, let my name stand among those who are willing to bear ridicule and reproach for the truth’s sake, and so earn some right to rejoice when the victory is won.”

Due to her family’s poverty, Alcott worked from a young age and carried on working for the rest of her life. Her writing career started not with novels for girls but with lurid tales of murder and mystery that she published under the pen name A.M. Barnard. Alcott never married and continued to support herself until she died in 1888 at age 55. “I’d rather be a free spinster and paddle my own canoe,” Alcott wrote. And in a time when more young people are delaying marriage than ever before, Alcott’s path is maybe more relatable today than it was in her own day.

Little Women, Alcott’s seminal piece, is, at a surface-level, a story of girls learning to traverse adolescence gracefully to become an ideal young woman and wife. This type of literature was popular for girls in the 19th century, but Alcott was opposed to writing what she called “moral pap for the young.” The content of the book, especially the headstrong protagonist Jo March, rails against the ideals of the time and presents a more nuanced approach to being a young woman. Jo was not prim and proper; she preferred playing with Laurie and writing as opposed to the more appropriately girlish activities that her sisters did like needlework or music. As a reader put it, “You don’t grow up to walk two steps behind your husband when you’ve met Jo March.”

Little Women is thought to be largely autobiographical with Jo most resembling the author herself. Alcott’s personal feminism sneaks its way into Little Women, like this quote from Jo about women’s suffrage:

While the ideals that Alcott supported – women’s rights and suffrage and abolition – may be given for us today, she was decidedly on the more radical side of history. The 19th amendment allowed women the right to vote and was not passed until 1920, 38 years after Alcott’s death. And while the abolition of slavery was passed in 1865, we know that the racism that underpinned it still exists today. If Alcott’s life and writings can teach us anything, it’s that we should never step down from what we believe in, even if it’s not the popular thing to do. She said it best herself: “Strong convictions precede great actions.”