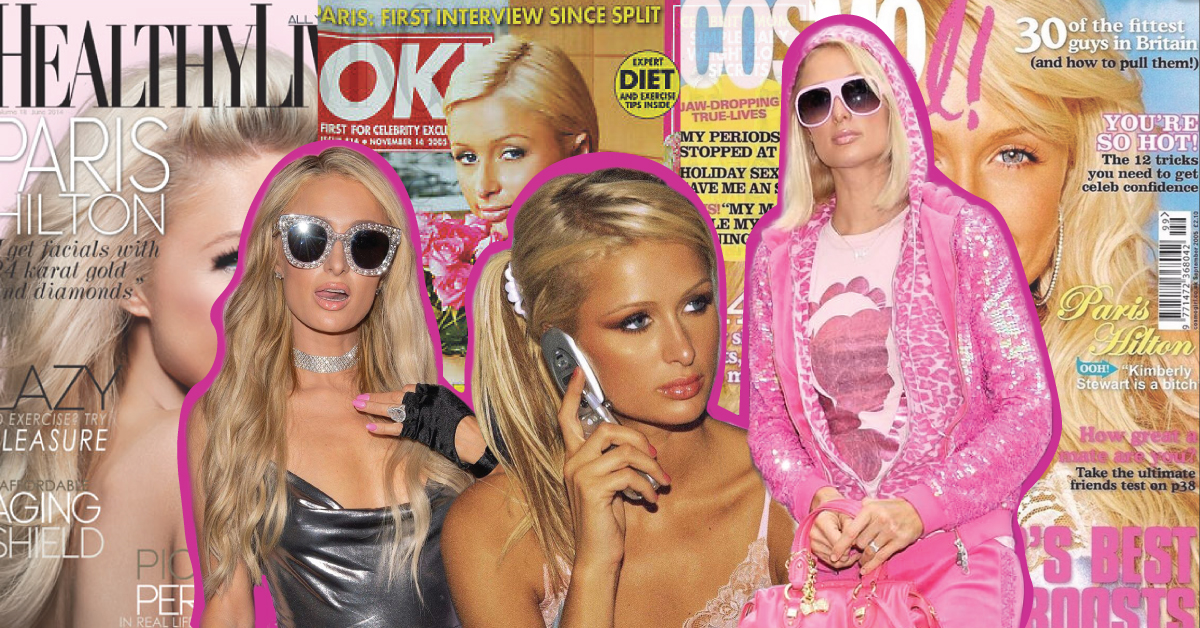 In Defense of Paris Hilton: Unpacking the Socialite Ditz Figure

By Emily PowersJanuary 25, 2021No Comments

In Defense of Paris Hilton: Unpacking the Socialite Ditz Figure

Every now and then, my mind shoots me into Paris Hilton and Nicole Richie singing the “Sanasa” song in a Greyhound bus like a premonition in That’s So Raven. If you were unfortunate enough to miss out on the reality television splendor that was The Simple Life, it follows Paris and Nicole as they leave behind their socialite ways and move in with a farming family for a month. It’s kind of like a reversed Beverly Hills Hillbillies, but with disrespectful teenagers who have no concept of the value of money. The entire show feels like a fever dream. It also established Paris Hilton as the ultimate socialite ditz figure. Almost overnight, Paris became a poster child for dumb blondes and spoiled brats everywhere. And she was hated for it. I don’t think I can stress enough the sheer vitriol that has been directed towards Paris Hilton over the years. Hilton has been the antihero of American pop culture for two decades now. With the recent release of The Real Story of Paris Hilton documentary, people are beginning to change their tune.

THE RISE OF REALITY TV

The reality star was one of the best gifts of the early 2000s, second only to the 2005 classic game Nintendogs. The foundations of our social media influencer-driven culture were built on the back of Paris Hilton. I’m not joking – name one reality show you love and I’ll link it to Paris. From The Bachelor to Real Housewives to Keeping Up with the Kardashians, Paris created a new breed of celebrity. She was famous for being famous and from that socialite status, she launched a billion-dollar enterprise that changed the scope of popular culture. Think I’m giving her a little too much credit? Or maybe I’m taking reality television a little too seriously? I get it, there’s nothing like staring slack-jawed at a reality show after a workday to literally transcend the corporal plane. But reality television speaks more to our culture than almost any other form of entertainment. Reality television is both the creator and the product of American pop culture.

THE BRANDING OF PARIS HILTON

Paris Hilton erased the boundary between her life, herself, and her career. Her personhood became a brand. Her bubblegum pink stilettos, vocal-fry baby voice, and teacup purse-dog became what she was selling. When you are the product, there is virtually no boundary between your public and private life. There is also very little wiggle room for you to exist outside the confinements and expectations set upon your brand. Sometimes without knowing it, we become what is expected of us. In her documentary, Paris says, “I created this brand, this persona, this character, and I’ve been stuck with her ever since. I project what I think the public wants.” The caricature of Paris Hilton is the result of a culture that created her. We wanted her to be sexy and then we called her slutty. We wanted her to be a dumb party girl and then we hated her for it. In that way, we’ve failed Paris.

Paris Hilton has benefited from extreme privilege across the board. She benefits from wealth, her whiteness, and her size and looks. There are many things that Paris has gotten away with or has been criticized less for because of her race and wealth. However, her privilege does not cancel out her hardships and it is not an excuse for cruelty that’s been dealt to her. Hating Paris Hilton isn’t hating some rich girl; it’s hating a societal expectation on the behavior of party girls and punishing an 18-year-old girl for a century-old capitalist culture that allows for the rich few to prosper while 30 million Americans live on the edge of poverty.

PARIS IN A NEW LIGHT

Paris Hilton is one of the most prominent businesswomen in our modern culture. Over the past 15 years, Hilton has opened 50 stores in over 40 countries, designed two resorts, and launched multiple clothing and cosmetic lines globally. She is also the highest-paid female DJ in the world. Not to mention, she single-handedly disrupted the rules of celebrity culture years before social media.

When we look back on the early steps of Paris’s career, it’s seen in a very different light nowadays. In 2004, David Letterman advertised Paris Hilton’s leaked sex tape on The Tonight Show, mocking her by saying she seemed like a “very personable young woman.” The video portrays an 18-year-old girl, almost blackout drunk, being pressured into filming an intimate act by a much older man. It was then published without her consent and blasted to every major media site internationally.

Last year, Paris Hilton came forward as a survivor of domestic abuse and the infamous Provo Canyon School, known for abusing children. She has used her celebrity to jumpstart the charity Survivors Breaking Silence, designed to bring together survivors of abuse and advocate for the protection of young children in troubled teen facilities. If you’d like to learn more about Paris’s advocacy work, I highly recommend watching The Real Story of Paris Hilton documentary.

WHY WE LOVE TO HATE PARIS

Our culture is always looking for a way to hate women. The most frustrating part is that, oftentimes, it’s other women that are propelling the hatred. This is seen in the classic “I’m not like other girls” trope. Think Taylor Swift’s “You Belong With Me” – you are the likable nerd and she is the slutty cheerleader. Listen, I get it: when I was 13, I wore knee-length basketball shorts and walked around the field during recess listening to MCR’s “This Is How I Disappear.” Abercrombie & Fitch still triggers my fight-or-flight. I’m not saying it’s easy to unpack assumptions formed when we were bullied in middle school. I’m saying that hating the socialite ditz figure or the middle school popular girl doesn’t elevate us above anyone. There is no such thing as achieving equality by pushing down the women who look a certain way or play into a stereotype that you think is detrimental to your “progressive” womanhood. We can only rise by lifting.

So lift up others. Meet people with kindness. It doesn’t cost us anything to practice compassion. Because more times than not, we are victims of the society that creates us.