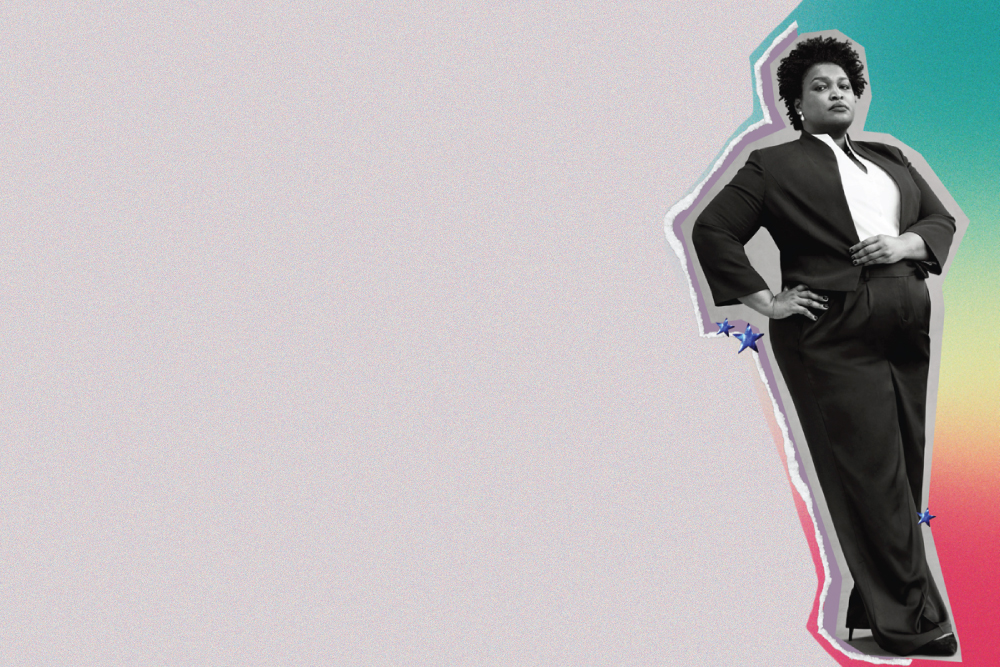 Stacey Abrams Made the Election a Fair Fight

Stacey Abrams Made the Election a Fair Fight

If you’ve been following the recent election, I’m sure you’ve increasingly heard the name Stacey Abrams. But who is Stacey Abrams and how did she single-handedly change the outcome of the 2020 election? Well, buckle in because she’s done more for Georgia than The Walking Dead franchise.

Who is Stacey Abrams?

Born in Wisconsin and raised in Georgia, Stacey Abrams’ voting activism started from a young age. Both of her parents were involved in the civil rights movement and her father was arrested for helping disenfranchised black communities register to vote. Inspired by her parents to go into politics, Abrams received degrees from the historically-black college for women Spelman College, the LBJ School of Public Affairs at the University of Texas, and Yale Law School. She went on to serve for 11 years in the Georgia House of Representatives. Not impressed? Abrams has also written eight suspense novels under the pen name Selena Montgomery.

So What is Voter Suppression?

Every American citizen has the right to vote. So what’s the big deal? Ah well, you sweet soul. There seems to be a trend in America where privileged people think they deserve just a little more (or a lot more) rights than others. What a whacky concept! But how do you commodify a singular right (like the right to love, right to safety, right to agency over your body)? Think of the current state of American rights more like a cake with different sized pieces rather than everyone getting an individual cupcake. The bottom line is the people that are used to being in power do not want to give up power. And oftentimes, this means they have to use their power to limit others in their ability to create change. That’s why your homophobic great-aunt Margaret has voted in every election since 1976 but your partner can’t vote because she doesn’t have a proper ID.

Voter suppression is any effort by way of laws, administrative rules, and/or tactics that prevents eligible voters from registering to vote or voting. This can be seen in voter ID laws that make it hard for poorer communities to vote or polling places’ limited accessibility whether it’s far distances or long waits. Oftentimes the people experiencing voter suppression are people of color, people of lesser income, young people, the elderly, and people with disabilities.

When she’s not busy being a New York Times bestselling author, a nonprofit CEO, or Yale-graduated lawyer, Stacey Abrams is running a grassroots movement to end voter suppression. Her nonprofit Fair Fight was started in response to the prominent, highly racialized voter disenfranchisement in the 2018 election. In 2018, Abrams ran for the governor of Georgia as the Democratic nominee. To this day, Abrams received more votes than any Democratic nominee in the state’s history. However, she lost the election to Republican Secretary of State Brian Kemp by fewer than 55,000 votes. In reality, she didn’t lose the election to Brian Kemp – she lost it to the mass amount of voter disenfranchisement in Georgia. A shocking statistic from that election shows that 70 percent of individuals who experienced vote purging in Georgia in the 2018 election were Black.

Oftentimes, due to the close nature of poll results in battleground swing states, voter suppression is what decides an election. Abrams founded Fair Fight with the intention of giving every American a voice. Fair Fight has since funded and trained voter protection teams in 20 battleground states. Abrams has devoted her life to protecting voting rights, hiring and educating young people of color, and tackling social issues at both the state and national levels.

Basically, Stacey Abrams is a hero for democracy. Perhaps Barack Obama said it best: “In a time when too many folks are focused simply on how to win an election, Stacey’s somebody who cares about something more important: why we should. That’s the kind of politics we should practice.”

And that brings us back to the present where –you guessed it – Stacey Abrams won the 2020 election for Biden and Harris. Through Fair Fight, Stacey Abrams registered over 86,000 new voters in Georgia, the majority of which were young people of color. And with the close margin between Democratic and Republican poll results, those votes were enough to make a big difference.

And Abrams’ influence didn’t stop in Georgia. The chair of the Democratic Party in Wisconsin, Ben Wikler, recognized that Fair Fight helped Biden win in Wisconsin and other key swing states. So when you look at that blue-leaning doodle of our country, just know that it was Stacey Abrams passing out the crayons.

Stacey Abrams recently joined CNN to celebrate the historic victory of Joe Biden and Kamala Harris. Abrams directed her address towards what it means to have a woman of color in office. Abrams said, “It’s a privilege to see yourself reflected in leadership. The face of leadership does change. Beyond being supporters and activists, we can be the leaders of this country.”

Don’t get it twisted, Abrams wasn’t fighting for Biden to win. She was fighting for the American people to be heard. She was evening the battlegrounds by equalizing the right to vote. In a phrase, she was making it a fair fight.

Want to support Stacey Abrams in the fight to end voter suppression?