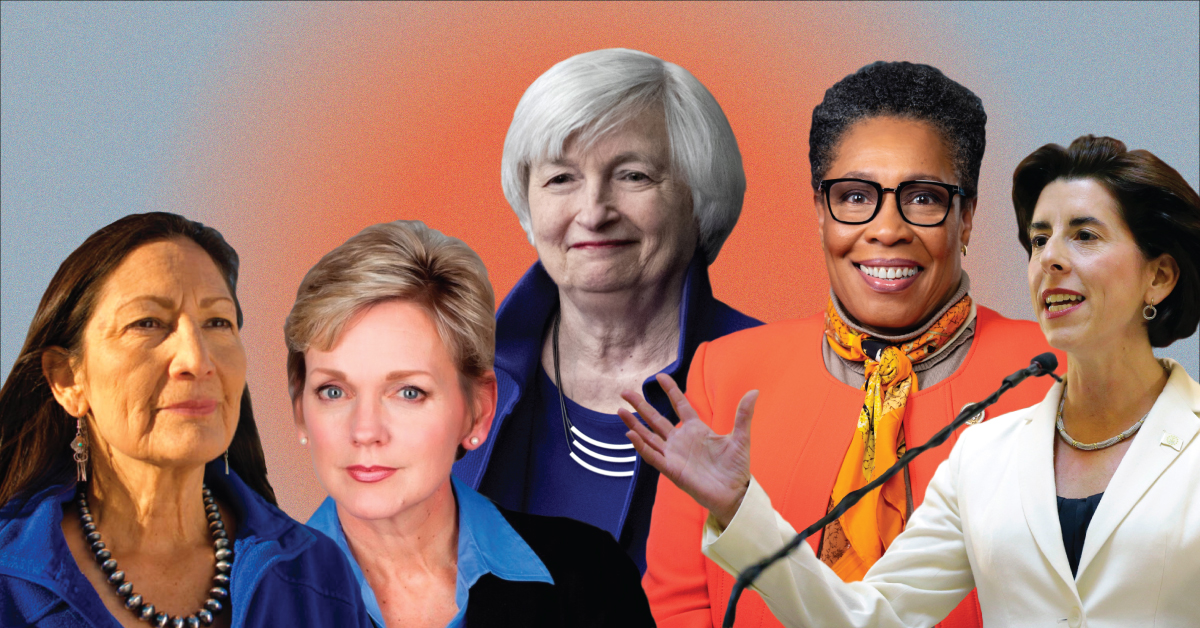 By Sophia MarusicJanuary 21, 2021No Comments

It’s official: Trump is out and Biden is in. This Inauguration Day was more surreal than past ceremonies, a triumph of democracy after Trump’s violent efforts to overturn the presidential election results. In the shadow of one of the most divisive administrations in our country’s history and in the midst of a pandemic that has taken over four hundred thousand American lives, Biden’s inauguration ceremony felt celebratory of the change to come, but also an acknowledgement of the damages and irrevocable losses of the past four years.

Now we can begin to look ahead to the next four years. The efficacy of an executive administration is determined not just by the President, but the advisors and policymakers that Biden surrounds himself with. The President’s cabinet consists of the Vice President and the heads of fifteen executive departments. In December of 2020, Biden made a commitment to diversity in the Cabinet, promising, “The administration, both in the White House and outside in the Cabinet, is going to look like the country.” President Biden has already chosen nominees for all fifteen cabinet positions and is waiting to have them confirmed by Congress, so let’s take a closer look at the women that have been appointed.

Position duties: advise the President on economic and financial policy

If you’ve seen Hamilton, the importance of the Secretary of Treasury will come as no surprise. However, it might (or really might not) come as a surprise that since Alexander Hamilton served as the first head of the Treasury, we have only had men running this critical department.

That is about to change.

Biden has appointed Janet Yellen as the first woman to serve as Treasury Secretary. Yellen has had an esteemed career, chairing the Federal Reserve from 2014 to 2018 (the first woman to do so) and serving as the Chair of the White House Council of Economic Advisers during the Clinton administration. She graduated summa cum laude from Brown University and earned her Ph.D. in economics from Yale, entering the field during a time when there were few female economists. Yellen is a Keynesian economist, which basically means that she believes that the market isn’t perfect, so the government has to play an active role in intervening when things get bad.

Yellen will have a lot of work ahead of her in handling the economic ramifications of the pandemic. Further, she will be responsible for reinvigorating the country’s global economic relationships that have been negatively affected by Trump’s “America First” policies. Additionally, she will likely serve a crucial role in designing the tax plan that was central to Biden’s campaign. Learn more about what we know of her policies and stances here.

Fun note: all of Biden’s choices to lead advising on economic policy are women. Also check out this Janet Yellen version of Hamilton for Stephen Colbert: 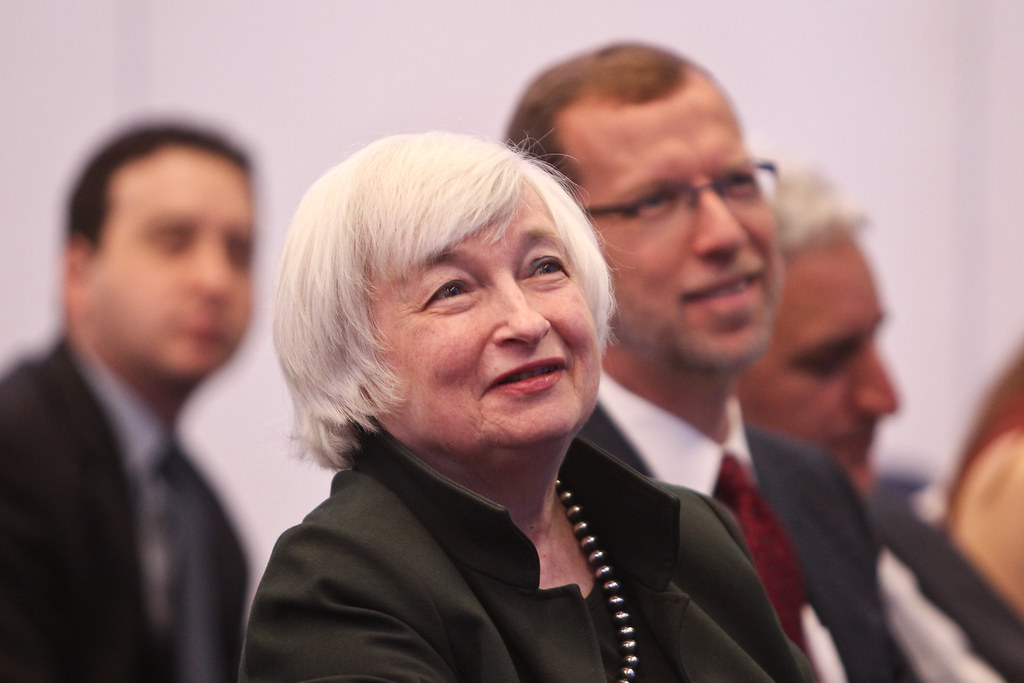 Governor Gina Raimondo is a moderate Democrat with experience in politics and finance. She is currently the first female governor of Rhode Island, a position she has held since 2015. Prior to her work in government, she co-founded a venture capital firm. Raimondo studied economics at Harvard, earned a law degree from Yale, and is a Rhodes Scholar. Originally, she rose to prominence in Rhode Island politics after reforming its pension system as state Treasurer.

She and the Department of Commerce will be crucial to navigating America’s trade relationship with China. Further, the control of the National Oceanic and Atmospheric Association (NOAA) is critical to Biden’s goals for addressing climate change, as it monitors weather and fisheries in America. Finally, she will be taking over a Census Bureau that has been in turmoil under the Trump Administration and likely play a role in delivering the 2020 Census results. 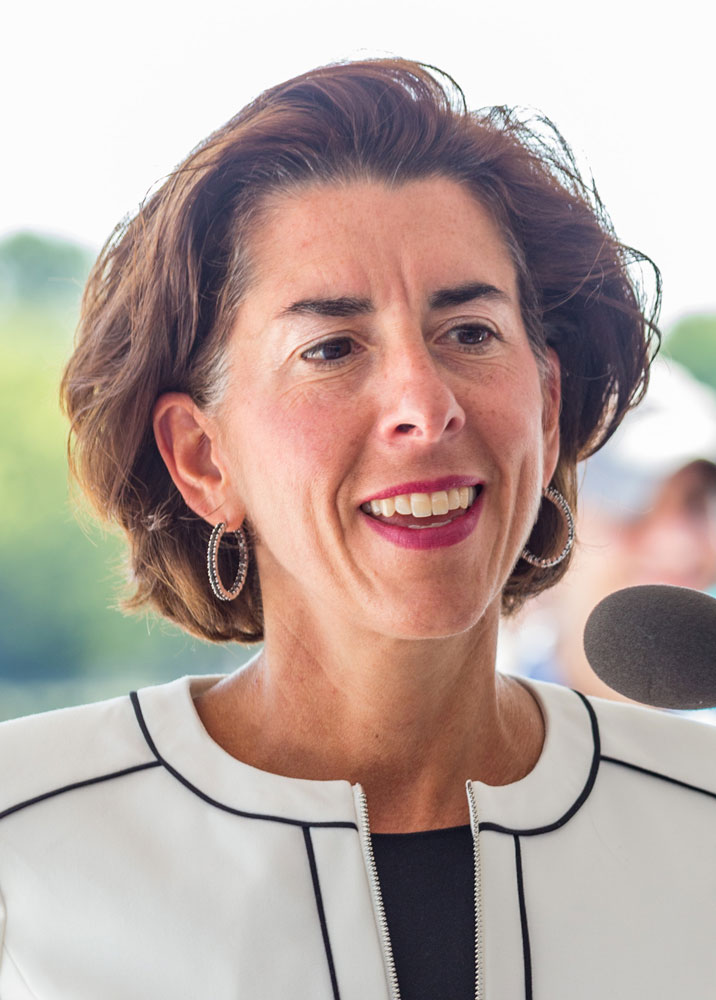 Representative Marcia Fudge is a Black congresswoman from Ohio. She is the former chairwoman of the Congressional Black Congress and has served in the House of Representatives since 2008. She was chosen for her reputation in defending affordable housing and addressing poverty, inequality, and urban revitalization. Fudge studied business at The Ohio State University and earned a law degree from Cleveland State University. As a lawmaker, she serves on the Committee on House Administration, House Committee on Agriculture, and House Committee on Education and Labor. She chairs the Committee on House Administration Subcommittee on Elections and the Committee on Agriculture Subcommittee on Nutrition, Oversight and Department Operation. She also serves on the Subcommittees on Conservation and Forestry (Agriculture), Civil Rights and Human Services (Education & Labor), and Health, Employment, Labor and Pensions (Education & Labor).

Fudge’s appointment to HUD is exciting and praised by civil rights leaders, as her experience with addressing urban inequality suggests that she will work effectively in addressing the housing crisis. However, Fudge had been suggested for and expressed interest in the Secretary of Agriculture position, wanting to focus on food security programs. This would have shifted the direction of the Department of Agriculture from its traditionally rural and farming focuses. Biden appointed Tom Vilsack to the role, who had also served as Secretary of Agriculture in the Obama administration. 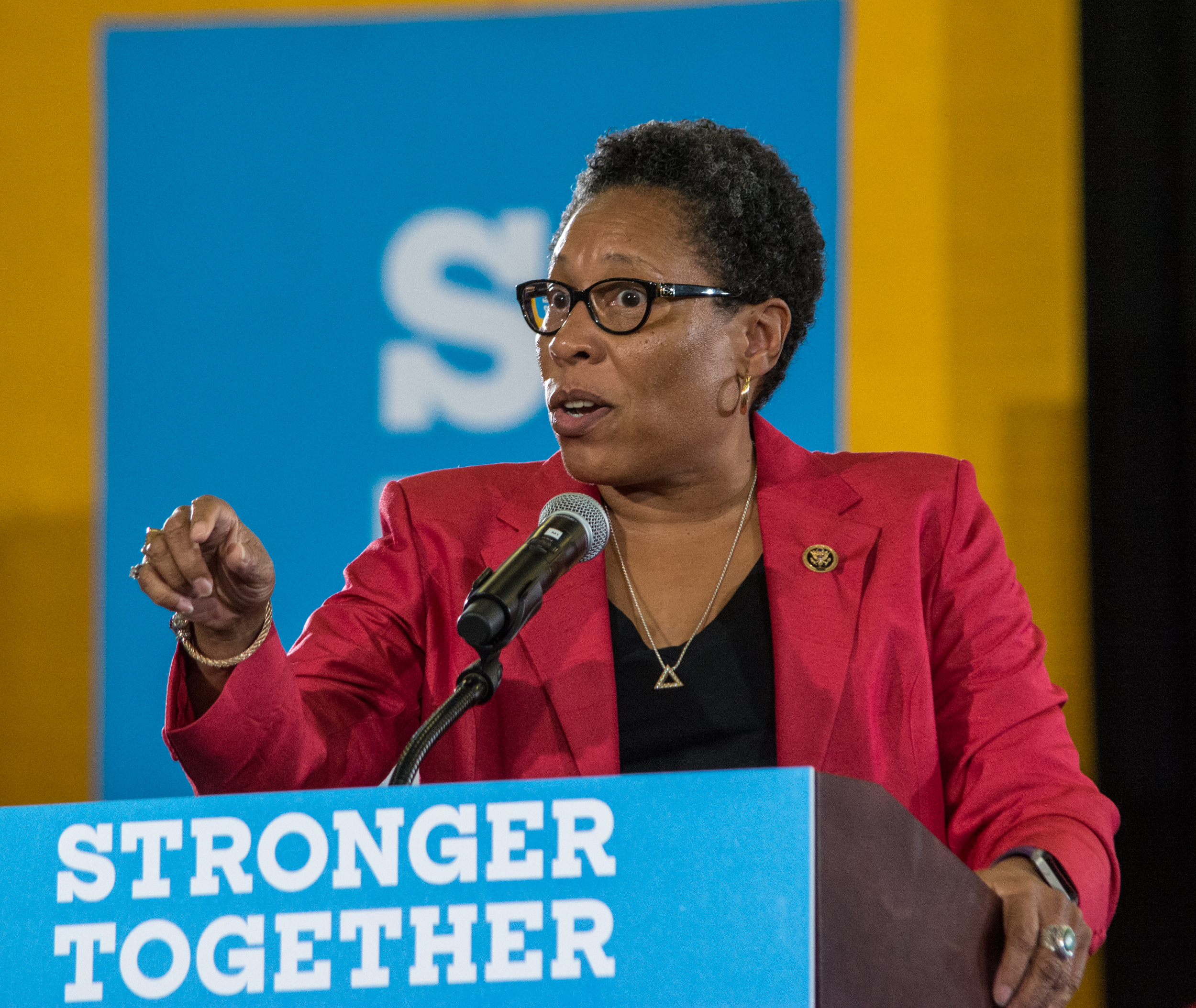 Jennifer Granholm is the former Governor of Michigan. Her experience in implementing clean energy incentives and policies in Michigan’s automobile industry will translate well to Biden’s goals for a net-zero America. After her second term as governor ended in 2011, she became an advocate for renewable energy development. Here’s a TED talk where she discusses the positive economic impacts of alternative energy and the political challenges of implementing it. Granholm has also spoken out against the Keystone XL and Dakota Access pipelines, contested projects which illustrate our country’s intersection between energy and social justice issues. She attended University of California, Berkeley, and earned a law degree from Harvard Law School. She was the first female governor of Michigan.

The Secretary of Energy is a very important position considering Biden’s focus on mitigating and preventing climate change. Learn more about Biden’s climate plan here and learn about our paths and challenges to a net-zero America here. 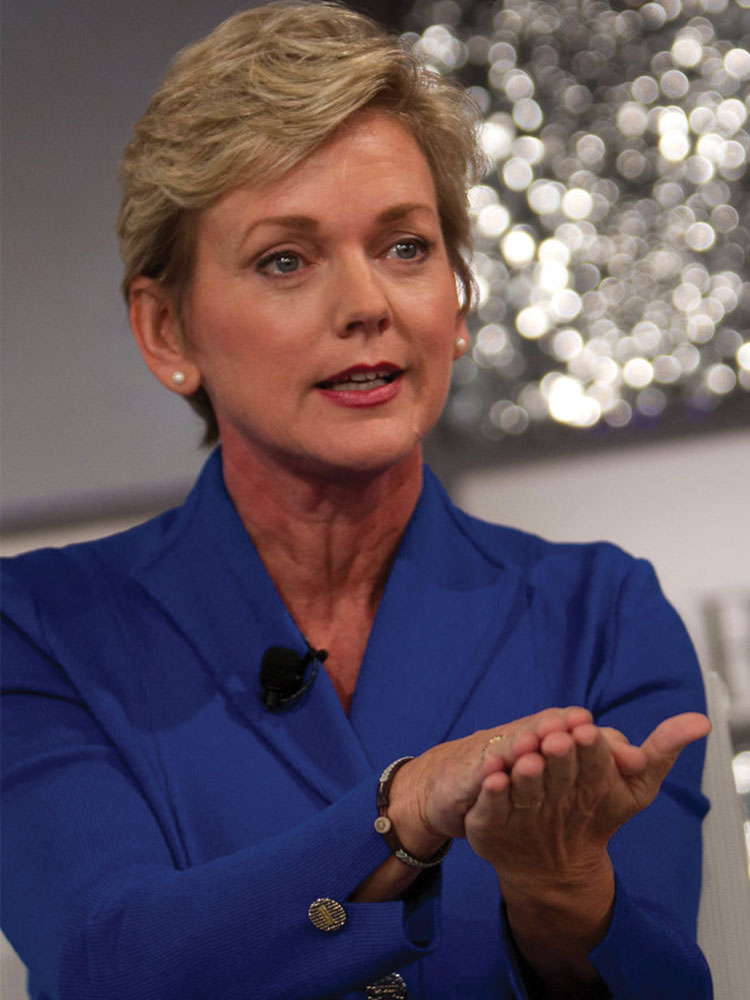 Secretary of the Interior, Deb Haaland

Representative Deb Haaland will be the country’s first Native American secretary. Haaland is a congressional representative of New Mexico and a member of the Laguna Pueblo. In 2018, Haaland was one of the first two Native American women to be elected to Congress. She put herself through college and earned bachelor’s and law degrees at the University of New Mexico. Since becoming a congresswoman, she has fought to address issues in Native communities and championed conservation of public lands and natural resources. Haaland is the co-chair of the Native American Caucus. She chairs the Subcommittee on National Parks, Forests, and Public Lands and is the vice-chair of the Committee on Natural Resources. She also serves on the Subcommittee for the Indigenous Peoples of the United States.

Haaland’s historic appointment will serve to address the environmental rollbacks of the Trump Administration, implement Biden’s ambitious climate plan goals, and hopefully begin repair the fractured relationship between indigenous peoples and the U.S. federal government. Fossil fuel lobbyists and corporations are pushing to block Haaland’s confirmation, as she would be responsible for executing Biden’s plan to stop all fracking and drilling on public lands. 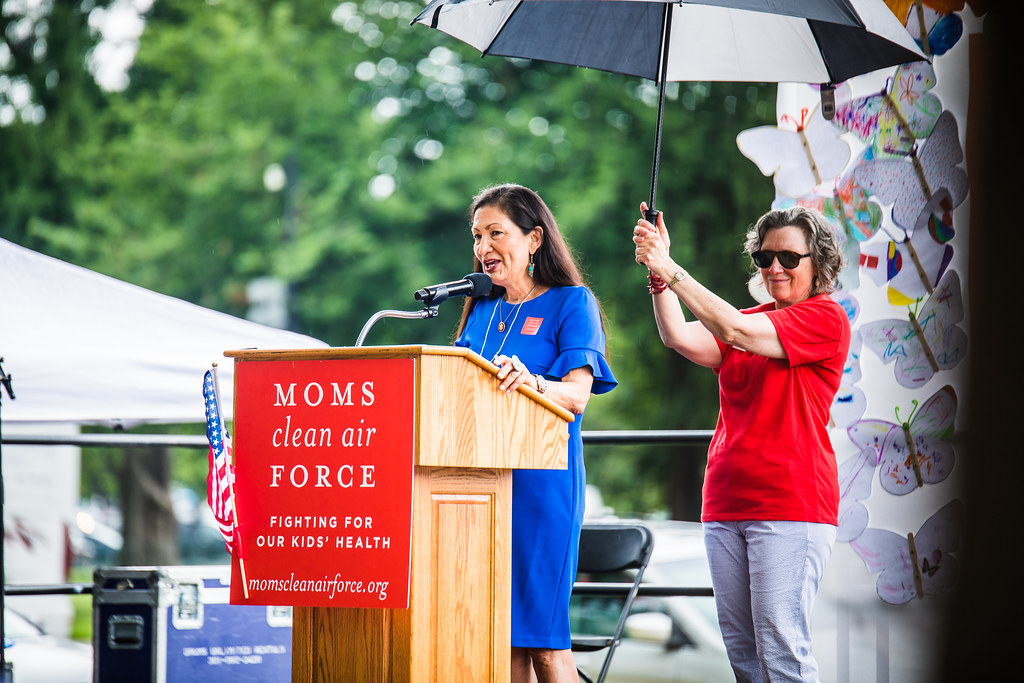 So does the make-up of the cabinet reflect the entire country?

All in all, Biden appointed impressive women to his cabinet. There are fifteen secretary positions and women have been nominated to five of them. According to the 2010 Census, women make up 50.8 % of America’s population. However, this does not necessarily reflect bias in Biden’s nominations. Cabinet positions are typically given to people who have lots of experience in their fields, and, thus, fewer female nominees can be indicative of a history of gatekeeping and gender imbalance in the workforce. Biden has nominated the highest number of women to the cabinet of any past President, which suggests that the trend is positive.

Here’s Your Call To Action…