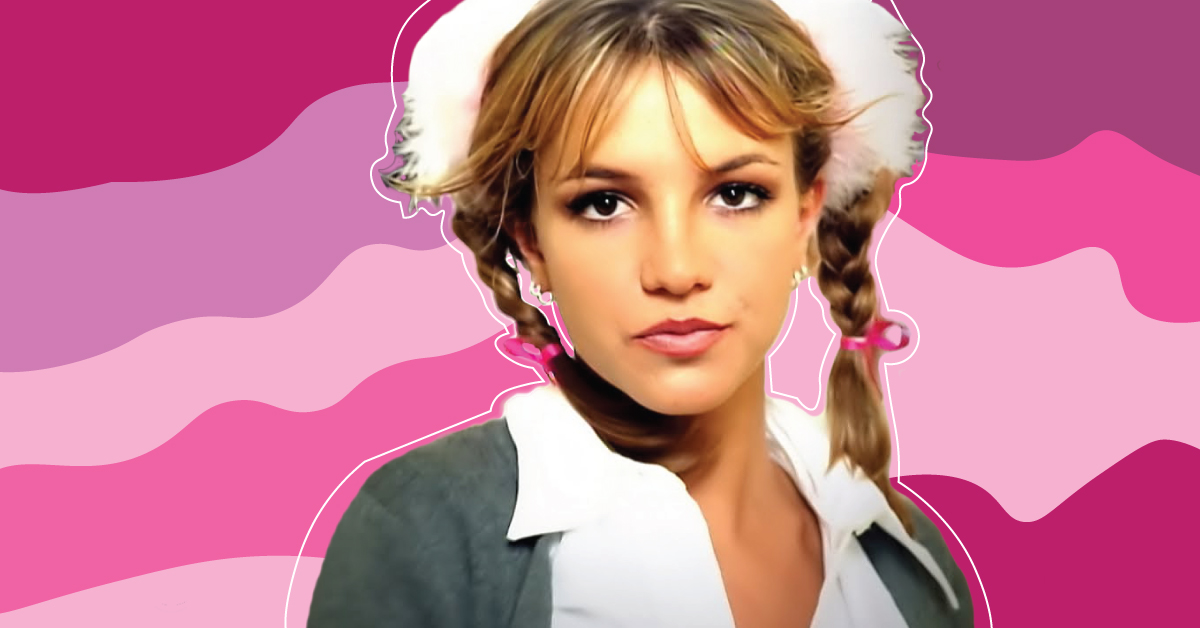 Oops!…We Did It Again: How The Media Framed Britney Spears

By Alicia BriggsFebruary 11, 2021No Comments

Oops!…We Did It Again: How The Media Framed Britney Spears

With the release of Framing Britney Spears, a documentary by The New York Times, the internet is going crazy. People are shook, to directly quote the messages in my DM’s. The documentary explores Britney Spears’ life, but from a different perspective. It focuses on how the media shaped her narrative and the role it played in her infamous breakdown. It seems like the media is finally giving Britney’s story the credit and recognition she deserves, but is it too late to make a difference?

For those who aren’t Britney obsessed, or who haven’t watched the documentary, I’ll bring you up to speed. Britney Spears, now 39, recently petitioned the court to lift her conservatorship that was swiftly enacted after her public breakdown in 2007. Britney’s meltdown is almost as iconic as her career. Framing Britney Spears, however, does a wonderful job at giving us insight into what was going on behind the scenes that led to those infamous snapshots.

In the documentary, we learn that Britney’s previously uninvolved father became her sole conservator—which is heartbreaking considering he was the only person Britney claimed she did not want as her conservator. The documentary also alludes that her conservatorship was contingent on her getting custody of her kids. Once agreed to, conservatees cannot simply decide they want out—you forfeit your rights indefinitely. So much of Britney’s early music was about taking back her power and independence as a woman and not a girl, which makes her current reality even more sad.

Britney has been non-stop working since the conservatorship began. With a Las Vegas residency, world tours, numerous album releases, there is no question that her comeback solidified her title as the “Princess of Pop.” It also made her father a lot of money. At the same time, Britney became inaccessible from the public, never to be seen alone. Then Instagram hit, and it gave some insight into her actual life, which quickly turned into concern.

Fans became convinced that her bizarre posts were actually coded messages asking for help. This launched the “Free Britney” movement that went mainstream in 2020. It seemed crazy, until Britney suddenly petitioned to end her conservatorship in 2020. Unfortunately, this wasn’t successful. Her conservatorship has been extended until September 3rd, 2021. Framing Britney Spears does give insight into her strange conservatorship, but due to the lack of public information, any speculation around this are still just theories.

But the main takeaway of the documentary is how the media created an image of Britney, and then took her down. Most of her scrutiny comes from extremely misogynistic beliefs that current society is just starting to acknowledge. We see horrific interviews throughout Britney’s career that range from a little inappropriate to completely shocking. We also see Britney being stalked and relentlessly tormented by the press, as they profit off her most vulnerable moments.

After watching the film, here are my main takeaways to how the media and society affected Britney Spears:

1. The Media Sexualized Her, Then Shamed Her For It

The documentary plays a tape of an old man interviewing Britney as a child where he asks if she would be okay if he was her boyfriend. Ew. When Britney launched into fame, she was portrayed as the good girl next door, but also publicly sexualized. She’s continuously asked about her breasts and virginity on live TV.

When she decides to own that sexuality on her terms, wearing what she wants, and creating iconic midriff-baring music videos (I’m a Slave 4 U reigns 4ever), the media suddenly shames her for it. Diane Sawyer even tells Britney that a Governor’s wife wants to shoot her, then seemingly defends this “because of the example Britney sets for kids.” Britney bursts into tears, but not without rightfully saying, “I’m not here to babysit anyone’s kids though, that’s an awful thing to say.” Britney was only 21 at the time.

2. Getting Slut Shamed By JT Destroyed Her Image

We still don’t know why they broke up, but we do know that Britney did take all the heat for it. She was painted as the slut, and he was the broken-hearted good guy. JT ran with this narrative by releasing his hit single, Cry Me A River, where a Britney look-alike cheats on him. Britney’s virginity pledge was public knowledge prior, but Justin went on talk shows saying he had sex with her. Not cool.

3. Does the Media Have Any Idea What Mental Health Even Is?

It’s clear that Britney was suffering during the height of her scrutiny. Yet we see the media tear her down, even during her hospitalization. Mental health was not talked about then like it is today, but we still knew what things were.

Her mom suspected she was suffering from postpartum depression. Diagnosis or not, to be Britney—newly divorced, the mother of two kids, under constant scrutiny, only 25—would be enough to affect anyone. Instead of acknowledging her struggles, the media dubbed her out of control because she wasn’t maintaining a societally perfect appearance.

4. The Paparazzi Literally Stalked Her And Said She Wanted It

The documentary interviews several members of the media, including the paparazzo whose car she infamously attacked with an umbrella. They show that he was privately following her to her ex’s house where she was trying to see her kids and was emotionally denied. He began harassing her, and she rightfully banged up his car to make him leave. He made millions from those photos, while that seemed to be her breaking point.

He still claims he has no idea why she went off on him and that if she had ever told him to go away, he would have. She did—a lot. She was stalked and harassed by him and other paparazzi every day, during her most private, emotional moments. It was scary just watching the videos, let alone living it. There are numerous clips of her saying “leave me alone, go away, stop,” yet he boldly states that she loved them and wanted them there. Someone needs to explain consent to this man and the many others involved.

Those who worked with Britney note how in control she was. Britney made all executive decisions; she’s creative, capable, a hard worker, and talented beyond comparison. The way she holds her own in interviews, even as a child, is super impressive. Britney was the first solo pop female star to become a success and an icon. She created an entire genre. I can vividly remember her full fledged sexual revolution in the beginning of her career. She gave a voice to teen girls everywhere, as they navigated their adolescence.

The stronger her voice got, the more empowered she became, the more society tore her down. Britney Spears’ public downfall is a reflection of what happened to many girls who took control of their bodies, and their lives. Now, she’s a grown woman who legally has no control over her own life.

Framing Britney Spears definitely begs the question: if Britney was starting out today, would she have been painted in the same light throughout her career? If her brief breakdown had happened now, would she have ended up in a conservatorship? Unfortunately, we’ll never know.  As a society, we can, however, start holding ourselves accountable.

The media is a reflection of our society and what we publicly say about someone seriously matters. Our words and actions have consequences.There’s always an untold story for everyone, be it a famous person or your next door neighbor. As the saying goes, “Be kind, for everyone you meet is fighting a battle you know nothing about.” We might not know all of Britney’s story or be able to change it. We can however, ensure we don’t continue to make the same mistakes and stop tearing down strong and powerful women.