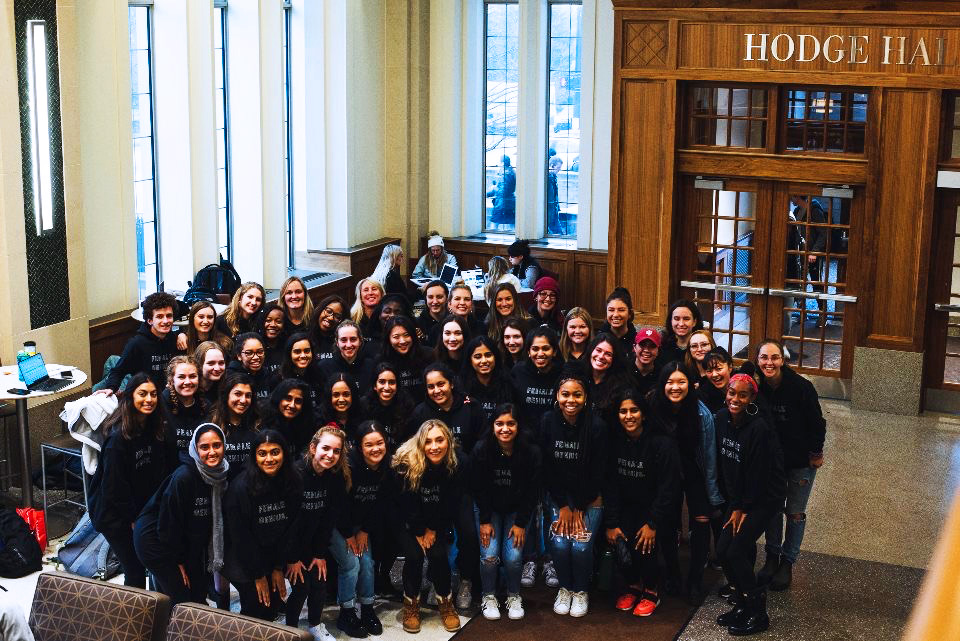 What does it look like to make a moment into a movement? To Mandy Novicoff and Binita Madaiah, former leaders of Indiana University Women in Business(WiB), the answer was simple: a hoodie.

In November 2019, as the Bloomington foliage blazed orange and students flocked to the library in tired, sinking masses, Indiana University business economics professor Eric Rasmusen sent  shockwaves through campus when he quoted a misogynistic article on Twitter. Rasmusen was featured on the popular feminist account @SheRatesDogs for tweeting about a 1,500 word essay titled, “Are Women Destroying Academia? Probably.” He showed his support by highlighting the line: “geniuses are overwhelmingly male.”  The act itself deserved a range of shocked and disgusted reactions, but the response from @SheRatesDogs made a long story short: “this can’t continue being a thing.”

”We obviously could’ve done a written social media post, or hosted a demonstration. But I wanted to create a positive movement out of something so deplorable.”

In the face of such  ugliness, sexism, and falsity, Novicoff and Madaiah chose to rise above.

“We designed a hoodie that said ‘Female Genius’ on the front, and ‘Support Women in Academia’ on the back,” explained Novicoff, former President of WiB. “We wanted this hoodie to support women in higher education as well as the future generations of women coming of age and assuming their space in higher education.”

In direct response to the tweet, Madaiah, former Vice President of WiB, believed Girls Inc. would be the perfect non-profit organization with whom to partner for this  fundraiser. WiB members had mentored the young women of Girls Inc. in the past as well. Madaiah explained that, with the hoodies, “we wanted to create a more lasting impact, we wanted to see more women in the future roam the halls of Indiana University buildings. Girls Inc. focuses on the success and future achievement of young women, in doing exactly that.”

“The Girls Inc. mission is to inspire and empower young girls to be strong, smart and bold so they can stand up and speak up for a more equitable future,” explained Novicoff. “We wanted to channel this for young women to realize that their potential has no limit.”

“Within twenty minutes of the Custom Ink site going live, we’d sold over a hundred hoodies, and I had a missed call from an Indiana news press,” said Novicoff. “That was the moment when I knew that… this could be pretty big.”

What started as a witty retort suddenly turned into an outpour of support from students, professors, and families across the nation, helping donate over $16,000 to the Girls Inc. chapter of Monroe County. Their solidarity took the form of over 4,000 black, white, and pink hoodies strolling through the quad, teaching lectures, eating around the dinner table, proudly showing their belief in the power of Female Genius.

”Our hope is that hoodies inspire not just the women in higher education, but the men as well in being supportive in the rise of women and the claiming of our space at the table.”

Madaiah, now in grad school at Indiana University, expressed the continuous need for these hoodies and their symbol of support as patriarchal misogyny is still alive and well in academia and the education system. “Our hope is that hoodies inspire not just the women in higher education, but the men as well in being supportive in the rise of women and the claiming of our space at the table.”

Female Genius serves as a constant  reminder that gender discrimination, among many other inequities, still exists, but if we are able to mobilize as we did with this movement, we can work to eradicate that barrier.

“I want more women to stand up for themselves, for other women…as activists in their communities,” said Novicoff. “Because it’s the small everyday things that really do make a difference. Even if you don’t think it will make a difference, just go for it. Just do it. See what happens.”

For Novicoff, the Female Genius movement planted the seed that would then go on to grow what is now Outspoken, an inclusive and intersectional space that encourages women to speak boldly, speak freely, and speak up. In the spirit of finding strength and positivity amidst opposition, the word and title Outspoken is a namesake for all of the women who have been  labeled a know-it-all, bossy, loud, or  domineering.

“Being outspoken is standing up for what’s right — even though it might not be the most popular opinion, even though you might be the only person in the room who thinks that way,” said Novicoff. “What we need to realize is that our voices are so powerful.”

“We want women to feel informed in what they’re saying and doing so they can feel confident enough to speak up for themselves and for others, so they can make a change for a better future — starting today.” 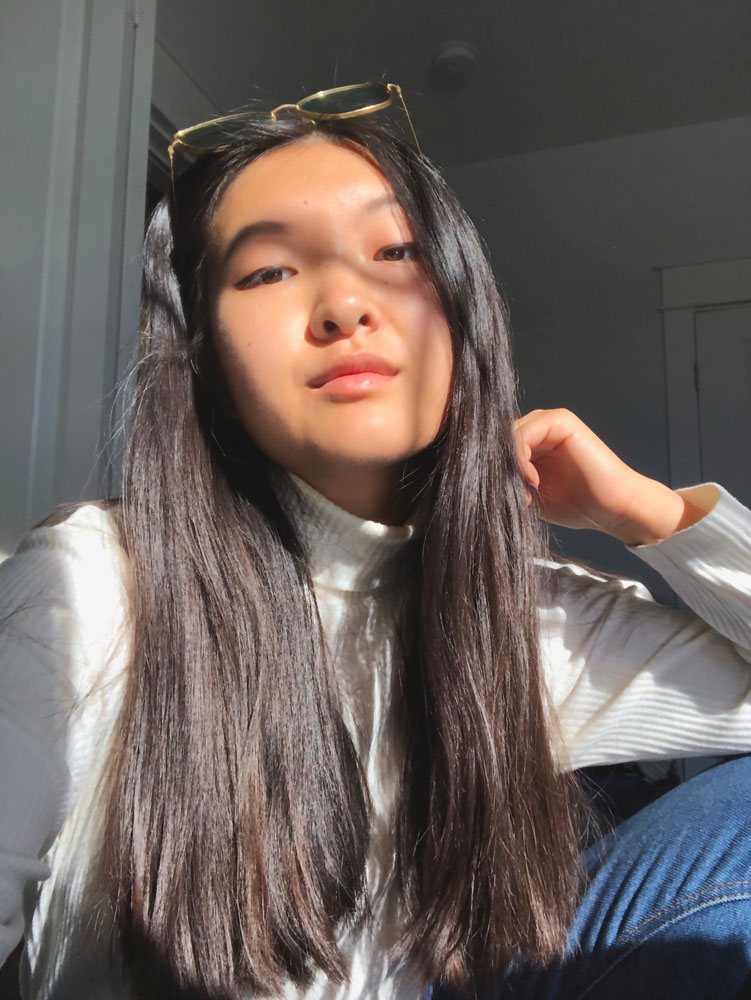 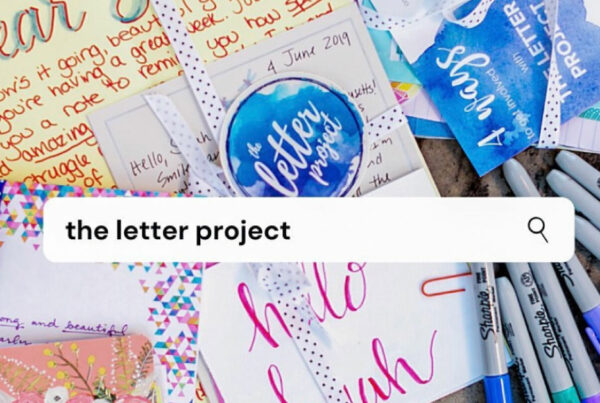 A Letter from the Founder