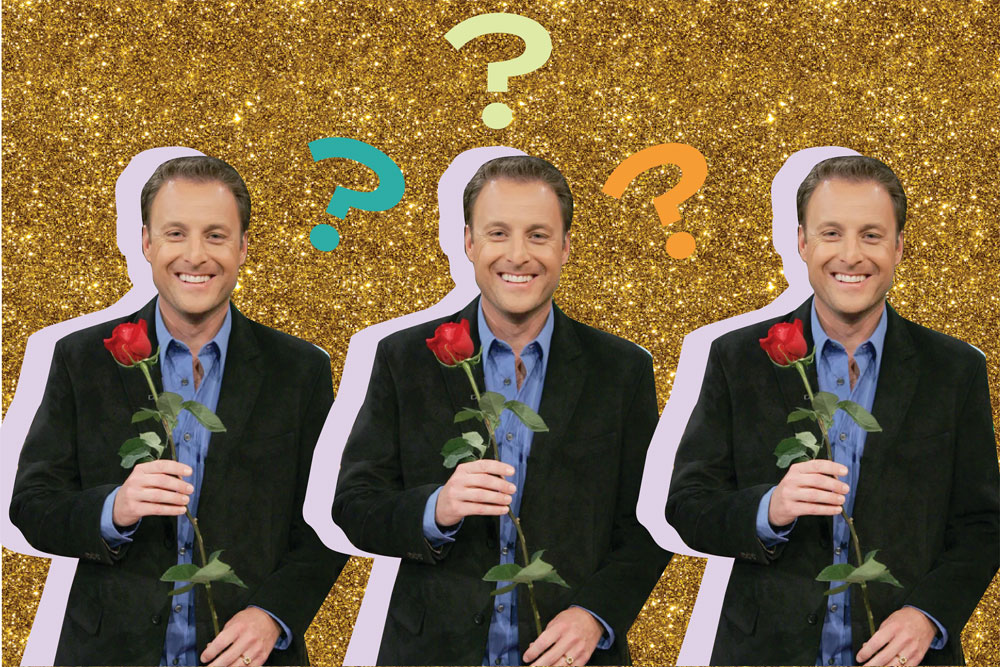 Can You Be a Feminist and Still Watch The Bachelor Franchise?

By Sabrina SeraniOctober 15, 2020No Comments

Can You Be a Feminist and Still Watch The Bachelor Franchise?

As perennial host Chris Harrison promises us, the just-premiered season 16 of The Bachelorette will be the most shocking season yet. The Bachelor Cinematic Universe is known for drama, wine, and getting into hot tubs, but feminism is not typically a word to associate with the franchise.

The Bachelor franchise is predicated on a heterosexual, heteronormative fantasy of the classic American marriage plot – one that we rarely see in the real world today, especially among millennials and Gen Z. The Bachelorette’s standard of feminism was exceeded when Hannah Brown, last season’s lead, ended the season by declaring that she did not need a husband and asking out one of the contestants, bucking show conventions. But is it possible for fans of this franchise, beloved despite its shortcomings, to still identify as feminist?

No, we’re still going to dive into all of the problems with the franchise, but I will give you a spoiler: yes, you can still identify as a feminist and watch The Bachelor. Or The Bachelorette. I don’t have opinions on Bachelor in Paradise or any other spin-offs though.

”So why, especially as millennials and Gen Zers, do we still return to this reality TV trash? We’re supposed to be the 'woke' ones, the ones canceling people and corporations who don’t align with our ideals.

The Bachelor franchise hides controversy behind its veneer of slinky dresses and chiseled jaws. The most obvious issue is the lack of diversity: in 24 aired (and one upcoming) seasons of The Bachelor and 16 seasons of The Bachelorette, there have only been two Black leads. The 25th season of The Bachelor with Black bachelor Matt James reportedly just started filming and will air next year. The show is so undiverse that in 2012, a group of Nashville residents filed a class-action lawsuit for racial discrimination in casting, although the case was later dismissed.

There has been one Latino bachelor and no other BIPOC represented as leads. As contestants, BIPOCs are usually tokenized and eliminated within the first few weeks. Colton Underwood’s 2019 season of The Bachelor was notable because Tayshia Adams, a Black contestant, was a runner-up. Fans also speculate that Adams might replace season 16 bachelorette Claire Crawley during the latest season, which would make for a whopping three out of 41 Black leads of the franchise (that’s just over 7 percent for you stat nerds).

Speaking of Colton Underwood, his final choice from his season filed a restraining order against him in September on allegations of stalking and harassing. And even though I said I wasn’t going to talk about Bachelor in Paradise, I would be remiss if I did not mention that the spin-off came under fire in 2017 for allegedly filming a sexual assault. Whether it’s through active fault and neglect of the production companies in charge or the culture that the Bachelor franchise fosters, the ramifications of the show’s dynamics don’t just stay on screen.

So why, especially as millennials and Gen Zers, do we still return to this reality TV trash? We’re supposed to be the “woke” ones, the ones canceling people and corporations who don’t align with our ideals (I mean, TikTok managed to cancel Helen Keller). Sure, we’ll shame Chris Harrison for being cringey, but we’re still going to tune in every week to see who gets the rose.

Especially during the odd times of living through a pandemic, this season of The Bachelorette comes as a breath of fresh air, a reminder of normalcy while restrictions are still in place. We might not be able to have our viewing parties with rosé and a cheeseboard, but we can still participate in fantasy leagues and FaceTime calls as we watch in our shared experience of escapism.

For me, during ye olde normal times, watching The Bachelor(ette) served as self-care. It was two hours that I carved out of my day to log out of email, sit on the couch, and spend time with myself or with friends. It was trivial, but it was a commitment. And as young women who are accustomed to overcommitting to things that don’t always bring us joy, it can be revolutionary to commit to something that does, even when it’s not highbrow or even politically correct.

”You don’t have to watch with a critical eye, but it might be worth it to take some time to reflect as you read over the recaps of the last episode.

Another reason why it’s so compelling is that it mirrors the modern dating experience. The contest is set up like a dating app: you have a pool of potential suitors to choose from, talk to them, see who you vibe with, and maybe even go on dates with a few of them until you decide who you want to progress with. This is the setup of The Bachelor(ette), although the seasons are expedited to end with an engagement instead of just a relationship. The trials and tribulations, the infighting, the rare moments of genuine emotion: it’s everything that we experience from dating and female friendships, just heightened for primetime.

As (sometimes reluctant) consumers, what can we do? We can continue to demand more diversity from ABC and the franchise’s production companies on social media. We can refuse to contribute to the slut-shaming narratives that tend to pervade the seasons: who’s wearing what, who’s being too forward, who’s throwing themselves all over who. You don’t have to watch with a critical eye, but it might be worth it to take some time to reflect as you read over the recaps of the last episode. No one’s going to revoke your feminist card for watching this season of The Bachelorette, but the power is in knowing the line between guilty pleasure and enforcing toxic standards.