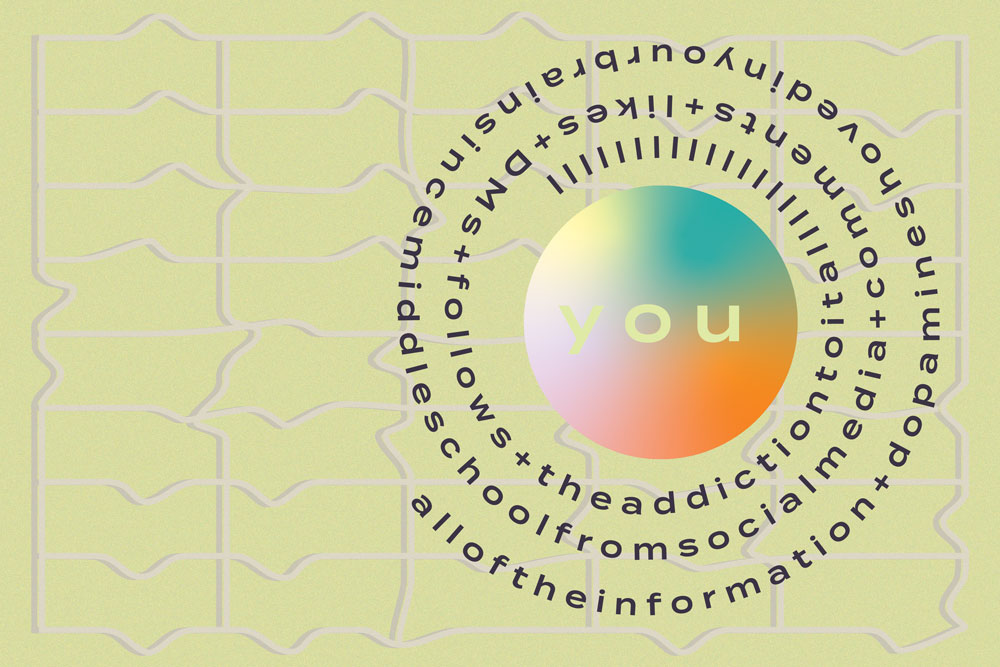 By Sophia MarusicOctober 14, 2020No Comments

Unpacking “The Social Dilemma” and The Case Against Social Media

How did you find this article? Did one of your friends share it? Did our Instagram account show up in your explore feed? Maybe you were casually scrolling through social media, and now you don’t even know exactly how you got here. But why does it even matter, right? You’re here, aren’t you? Though that forces the question, when we’re considering the interface of digital platforms, what does it mean for you to be here?

“The Social Dilemma” directed by Jeff Orlowski (Chasing Ice, Chasing Coral) is a Netflix produced drama-documentary hybrid bringing to life our worst fears of technological manipulation. Former tech executives, software engineers, behavioral scientists, and more sound the alarm about the way social media is eroding society. In parallel, Orlowski gives us a dramatized example of these forces at work, as a high school boy is radicalized via social media algorithms. This fictionalized story is where I would offer my critique of the otherwise fairly straightforward doc; the role of social media in polarization and societal unrest is presented in an uncontextualized vacuum where other pressures, such as rising economic disparity, are noticeably absent.

”The algorithms are going to feed you content that you agree with, nudging you towards a rabbit hole of engagement until you are operating in a reality custom made for you and people like you.

If you’re the type of person that watches these sorts of documentaries, it’s likely that none of this information will surprise you. None of this is new, though it is interesting to hear it directly from the disillusioned former engineers and executives of Silicon Valley. The overall message is this: digital platforms are designed to make a profit, and, to that end, all of the bad parts of social media are an intentional feature to keep us engaged, rather than a deleterious side effect. Further, it forces the viewer to understand that in this intangible digital world driven by commercial interest, we (in the form of our data) are what is for sale.

The documentary largely focuses on how social media has drastically increased political polarization and how bad actors can exploit seemingly benign aspects of these platforms to generate unrest. Basically, the algorithms are going to feed you content that you agree with, nudging you towards a rabbit hole of engagement until you are operating in a reality custom made for you and people like you. It becomes impossible to  understand the viewpoint of the opposite side because you’re consuming entirely different information. A few examples of how  this mechanism is hijacked by bad actors are hate crimes in Myanmar, protests in Hong Kong, and Russian manipulation of the 2016 US Presidential election.

”When we’re anxious, bored, lonely, or uncertain, we have our phones to act as a sort of dopamine crutch, atrophying our ability to deal with those emotions on our own and creating a vicious cycle of addiction and dependence.

To understand how our realities are taken over by these platforms, the documentary also addresses ways we are kept engaged and addicted. It’s embarrassing to admit that this was the first time in a long time that I’ve watched Netflix without casually scrolling on my phone. Even so, my smartwatch buzzes to show me notifications from my phone when I’m not looking at it. When I paused the documentary to refill my drink, I unconsciously picked my phone up and swiped through my notifications while I walked to the sink. I didn’t even think about it until I was halfway through responding to an Instagram direct message, it’s such a habitual action. And I know I’m not alone—you’ve probably checked your phone while reading this article.

The documentary notes how Gen Z is the first generation to acquire social media in middle school; we’ve grown up embedded in this matrix of technology and who knows what all of the long term consequences are. Since seventh grade, my immature brain has been receiving these little short term rewards of Instagram likes and Facebook comments, and now I’m well trained to open my notifications the moment my phone vibrates. When we’re anxious, bored, lonely, or uncertain, we have our phones to act as a sort of dopamine crutch, atrophying our ability to deal with those emotions on our own and creating a vicious cycle of addiction and dependence. Growing up with this entity that is paradoxically both social crutch and pressure, our development has been shifted drastically from the trajectory of previous generations.

I think that this documentary is particularly relevant now as so many of us have switched to virtual environments during the pandemic. Digital connection is rendered more important than ever as we try to engage over Zoom and Slack from our homes as a substitute for face to face interaction. In one part of the documentary, they talk about how social media is seemingly designed to connect us, but this connection is mediated and manipulated by a silent third-party that is seeking to make a profit. Further, the kind of connection that humans evolved to need doesn’t exist on social media, only the illusion of it does. Our online relationships are orchestrated by these algorithms, and the worlds in which they exist are constantly being altered in ways that we can never be fully aware of. Then, they’re put on display for social approval on a scale that is so much larger than anything humans evolved to comprehend.

Collectively, the documentary tells the audience that things have to change. This isn’t the kind of technology to which we can just adapt. It has evolved to exploit our psychological weaknesses, and, therefore, we have to radically reimagine what it means to make platforms for people, rather than for profit.